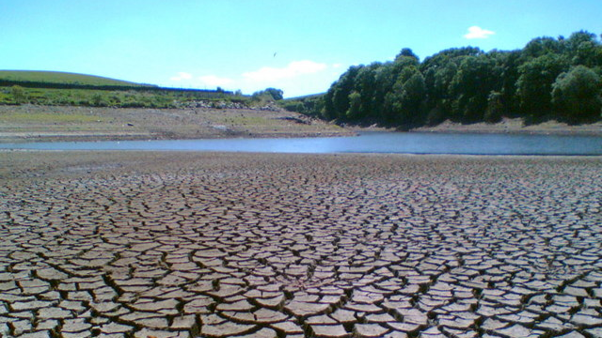 As I write this in Feb 2022, much of north-western Europe is in the late stages of what’s expected to be a notably dry winter - despite Feb bringing wetter weather patterns, especially for the UK. The phrase ‘too little, too late’ comes to mind.

So, it feels apt to choose this time to gain some insight into what conditions lead to summer droughts. I have focused on that season because that’s when the impact tends to be at its most prominent. Evaporation rates and demand for water both hit their peak, exacerbating the effects of water deficit.

To keep this study a manageable size (this is a blog, after all!), I’ve restricted the analysis to England and Wales. First on the agenda: When did have summer droughts happened in the past 50 years?

For the 21st century so far, I derived the following drought summer years from Derived from Table 1 of L.J. Barker et al. (2019):

That’s 15 years in total. Notice how many are sequential –drought conditions tend to build up slowly and then have high persistence, as it takes a string of unusually wet months to restore water stores.

The Contribution of Preceding Seasons

The core subject of this study is what the pre-summer drought seasons got up to. By analysing how often they were wetter or drier than usual, we can gauge how important each are for the development of a notable or major drought by the following summer.

Interpreting this is all about the difference between the pre-drought seasons and the typical distribution across all months regardless of drought (climatology; dashed line). This tell us whether there is an increased or decreased frequency of wet or dry seasons prior to drought summers.

Starting with autumn, we can see that it tends to be near-normal or dry prior to a drought summer. Considering this season has the most following months prior to the summer, this is not surprising. That only7-8% of the autumns are very dry is testament to how well water stores can recover during winter and spring. Speaking of winter…

Here we see a marked change compared to autumn: This season tends to be dry or very dry prior to a drought summer. A near-normal winter occurs less often compared to climatology. This is because an average winter gives a substantial net positive influx to water stores. Typical rainfall amounts far exceed the take-up by plants and losses to evaporation, especially in Dec-Jan (illustrated below).

So, it’s a vital season for stocking up on water, after net losses that are typical of summer and much of autumn. This also means that if rainfall is unusually low, it becomes critical for spring to bring plenty, if a summer drought is to be avoided. Talking of spring…

This is the season of new growth, lengthening days, and strengthening sunshine. With that comes a huge increase in water up-take, along with loss to evaporation via higher temperatures.

Examining the rainfall anomaly distribution graph again, we can see close parallels between spring and winter.

However, the results suggest an even greater importance to rainfall anomalies in spring. Compared to pre-drought winters, a higher proportion were dry or very dry, and a lower proportion very wet.

To explain this, consider the impact that wet weather has beyond the water influx. Clouds prevent sunlight from warming surfaces that are still cool or cold after the winter months. Meanwhile, raindrops drag down air from aloft that can still be near or below freezing, especially in the first half of the season. Overall, this amounts to a big drop in evapotranspiration rates to accompany the rainfall.

Conversely, if it’s unusually dry, that tends to mean a lot of sunshine heating the ground, along with an increasing tendency for warm air temperatures as the season progresses.

Put simply, spring’s effect on water stores can range from very little to a huge reduction.

Well, in the past 6 months, we’ve seen an autumn with 70-90%of the usual rainfall for many parts of England and Wales, followed by a near-average December, then one of the driest (and sunniest) Januarys on record with rainfall totals just 20-50% of normal (see maps below).

Based on our research, the autumn dryness may not mean much going forward. However, 2021-22 could be considered an ‘edge case’, because November was exceptionally dry (widely 20-60% of usual). As shown in the water balance graph, this month typically contributes as much as Dec-Jan to water stores.

Combined with an exceptionally dry January and no better than average December, this has made for a huge deficit of water input. This is most severe in the south, where many areas are down 100-150 mm of rainfall across Nov-Jan. It doesn’t help that these areas also saw drier than usual Aug-Sep 2021.

As tweeted by our Head Meteorologist earlier this month, this has all led to river flows being widely below normal to notably low, locally exceptionally low, as of Feb9th.

On top of this, prior to some wetter weather so far this month, soil moisture was exceptionally low almost everywhere. This means that, unusually for winter, a lot of that wet weather has been ‘used up’ moistening the soil. You can explore the latest situation using the water resources portal.

Will Spring Spare Us?

The current wetter weather is expected to continue until late February. Then, there are signs of a switch to drier conditions, especially in southern UK.

According to our Advanced Statistical model, this could well set the scene for spring 2022. It predicts an at least slightly drier than usual season for many north-western parts of Europe. Total rainfall is suggested to be within the lowest third of historical observations.

For a monthly breakdown and comparison so seasonal prediction models from other organisations, be sure to check out MetSwift's Spring 2022 Outlook.

Such a dry winter followed by below-normal spring rainfall would mean that only an unusually wet summer could prevent a drought in southern UK. In case you're wondering, a dry spring has no appreciable correlation with a wet summer: