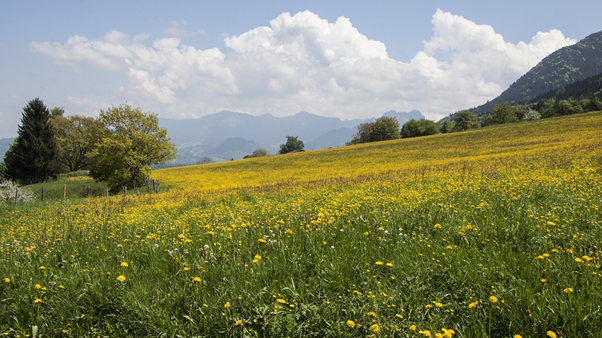 The days are getting longer, the sun’s getting stronger, and many wild creatures are stirring from their slumbers. Spring’s spooling up – but what will it hold for Europe and North America this year?

To provide some guidance, we have queried our Advanced Statistical model. By identifying the most relevant historical years based on the behaviour of large-scale phenomena, this model can provide skilful guidance on anything from a daily to multi-year basis.

The resulting predictions are displayed below, organised by continent, by month.

First up is Europe, where there is particular interest in rainfall amounts in southern UK and Portugal, following a significant deficit for the Nov-Jan period. As noted in our study of UK summer droughts and preceding seasons rainfall, this likely means that an unusually wet spring is needed to avoid drought in summer 2022, especially in Portugal.

The Advanced Statistical model predicts that high pressure will occur more often than usual across northern Europe in March 2022. When in this position, low pressure systems tend to either graze northern UK and Scandinavia as they head east, or trundle through southern Europe and the Mediterranean.

The result is a wet month for many southern parts of Europe, while conditions are more mixed further north. The model suggests a cool month overall in the southwest, and a warm one in the central south.

For the middle month of spring, a dramatic change in the weather is predicted for central-eastern Europe, to abnormally warm and dry conditions. This is associated with high pressure locating across Scandinavia more often than usual.

A shortfall of rainfall is also predicted further west, possibly as far as the UK. Yet here, temperatures are suggested to be near or below average. Such a combination implies an above normal frequency of winds from the northeast, which tend to bring dry but cool weather.

An unusually wet April is suggested for central-southern and Southeast Europe. It’s not a strong signal, but it does fit with high pressure being located over Scandinavia. When it’s over there, low pressure systems tend to visit the Mediterranean, bringing a mix of showers, thunderstorms, and longer spells of rain.

For this month, we find the most concerning Advanced Statistical predictions for Europe.

It predicts an unusual prevalence of high pressure across the northern half of Europe, leading to a shortfall of rainfall widely – most notably in the northwest. If this comes after near or below average March-April rainfall in the UK, there will be a high risk of summer drought in the south.

Meanwhile, a wet or very wet month is indicated for the southern half of Europe. Again, this is via low pressure systems visiting the Mediterranean. In May, this can lead to some very heavy rainfall, along with severe thunderstorm events. The risk of flash-flooding is abnormally high in this situation.

Meanwhile, above to well above normal temperatures are predicted for eastern Europe. An early onset of hot weather, leading to early heatwaves and associated heat stress, has been a notable trend with climate change in the region. Sadly, it appears 2022 could be an emphatic example of that.

Now, attention turns to North America. Here, there are two main focuses: The scope for severe tornado outbreaks, and whether the south-western US will be contending with unusually hot, dry weather again(another climate change trend).

Meanwhile, a deficit of rainfall in the southwest (yes, there’s that dreaded combination) opposes an unusually wet north-eastern US and eastern Canada.

Such an anomaly pattern is conducive to unusually strong boundary lines between warm, moist, and colder, drier airmasses. Along these weather fronts, will inevitably be areas conducive to severe thunderstorms. With those comes the threat of tornadoes.

This tornado-friendly situation is known to occur most often when a La Niña event is occurring in the tropical Pacific – and that’s precisely what we’ll see in March 2022.

April in N. America: Cool Mainly Wet Canada, Warm Most of US

Broadly, it’s suggested that the temperature contrasts might continue into April, but perhaps become more northwest-southeast orientated. Again, this is conducive to severe thunderstorms, hence tornado outbreaks. This is evident in the rainfall prediction, which is for mainly above normal amounts, away from the Gulf of Mexico.

For May, the signal for temperature becomes weak, but the average of the relevant years (left-hand map) suggests that a cool Canada, hot southwest US pattern is a distinct possibility.

The rainfall signal is much stronger, suggesting widely below normal totals for the month. This occurs in association with an unusual prevalence of high pressure across most of the US.

However, if the potential cool Canada, hot southwest pattern materialises, then there will be a continued propensity for severe thunderstorm outbreaks, making for a more mixed rainfall anomaly pattern.

So concludes MetSwift’s outlook for Spring 2022 in Europe and North America. Please bear in mind that this is intended as guidance on the most likely outcomes. The most probable event isn’t always what happens.