Review of the 2022 Atlantic Hurricane Season 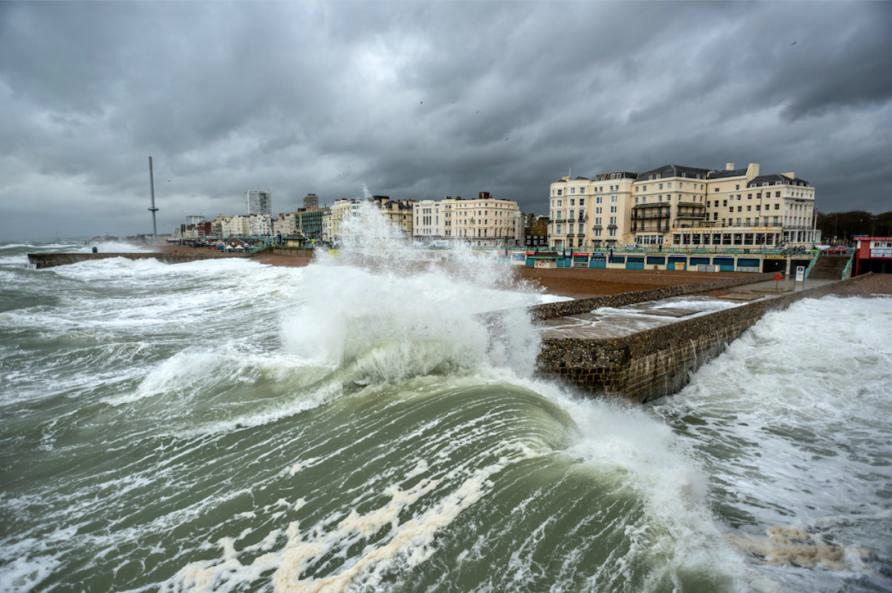 The time has come to cast eyes back over an Atlantic hurricane season that proved very fitful.

It kicked off late but delivered two tropical storms in June, which is twice the 1981-2020 average. However, this would not prove to be a harbinger of things to come. July produced only one tropical storm and no hurricanes (below normal), and then August featured… no named storms at all. This is extremely unusual; it’s only happened twice before since 1950: In 1961 and 1997. It’s even more extraordinary considering a La Niña event was ongoing in August 2022, which is typically associated with more named storms than usual!

Then we hit September and the season did its best to make up for lost ground. With six named storms and four hurricanes, this month sits within the top 17 years since 1950 by both measures. October was also more active than usual for named storms, with a count of 3 putting it in the top 23 years. However, only one became a hurricane and none a major hurricane, which is sub-par for the month.

Post-season kicked off with an extraordinary burst of activity. Two tropical storms developed at the end of October and then became hurricanes in the opening days of November. Later, another hurricane took the monthly tally to 3. This is a new record high for the calendar month, in fact only 3 other years since 1950 have even had 2 hurricanes (1980, 1994, and 2001).

MetSwift’s early January outlook for this hurricane season presented predictions from our in-house analogues-driven model that was initialised in mid-Dec 2021.

Below, these predictions are presented again, but this time with the all-important observed numbers.

MetSwift predicted a near-average pre-peak, then a slightly busier than usual peak for named storms but with a near normal number of hurircanes and one less major hurricane than usual. Finally, post-peak was predicted to be in line with the 1981-2020 average.

Pre-peak and peak both proved slightly quiter than expected, but the forecast did well for the number of hurricanes and major hurricanes during peak season. Post-peak has been unexpectedly active for hurricanes, although one could argue that two very early in November should be attributed to October owing to the associated tropical cyclones having initially developed in this month.

The seasonal numbers were very close to predicted, out by just two for the number of tropical storms and one for the other two categories. Total accumulated cyclone energy was a fair bit lower than predicted, though, indicating that in combination, the tropical cyclones spent less time at high intensity than expected.

Importantly, MetSwift’s accuracy for 2022 was 2nd only to CSU for the December issued forecasts, and exceeds that of all but one forecast issued during the subsequent 8 months (exception is an April forecast by University of Arizona; UA). You can see a roundup of all the predictions and accuracy below (predictions taken from here), sorted from most to least accurate.

Note that they nearly all forecast higher activity than was observed. In fact, many predictions exceeded those made for the highly active 2021 hurricane season. MetSwift are among the few organisations which correctly produced a lower forecast for the number of hurricanes in 2022 (7) compared to 2021 (8).

A monthly breakdown illustrates the stuttering nature of the season; very focused in Jun and Sep-Oct for named storms, Sep and Nov for hurricanes:

While this year has been an extreme example, some degree of waxing and waxing between months is typical of the Atlantic hurricane season, as sub-seasonal tropical cycles serve to make conditions more or less favourable for tropical cyclone development.

That’s why this analysis opened with a ‘stage of the season’ approach. By aggregating across 3-4 months at time, the overall level of activity can be better assessed, while retaining some sub-seasonal detail.

Spatial Distribution of the Hurricanes

MetSwift are pushing the envelope by offering a forecast view of hurricane season path probability. Below, this risk is shown for tropical cyclones of category 1 strength (Saffir-Simpson scale) or above, for each month of the peak season (Aug-Oct), each time overlaid with observed hurricane paths. Path probabilities are based on all historical tropical cyclone paths 1950-2020 on the left, and the MetSwift analogue years on the right.

The almost unprecedented absence of any tropical cyclones this month prevents a path probability assessment.

Of the areas for which the analogues-derived (i.e. Advanced) risk was higher than climatology (all years 1950-2020), four (eastern Puerto Rico, central Florida, SE US coast, and Nova Scotia) were struck by hurricanes in Sep 2022, while three (Jamaica, around New Orleans, and the northern half of coastal Texas) were not.

The far west of Cuba was given a slightly lower probability compared to climatology but was struck by Hurricane Ian on Sep 25th.

Only one hurricane occurred this month, yet the affected area (eastern Somewhere) did have a higher risk from the Advanced model compared to climatology.

On the other hand, there are multiple regions of increased risk that did not see a hurricane. It is however worth noting that the SE corner of Florida was hit by hurricane Nicole on 9th November.

The high accuracy of the 2022 forecast, at 6 month’s lead time on the start of the Atlantic Hurricane season, fits with MetSwift’s track record. As shown below, testing of the underlying model using projections initialised as far back as 2010 has found that the typical accuracy for the number of tropical storms exceeds that of all other organisations for the issue months of Dec to Feb.