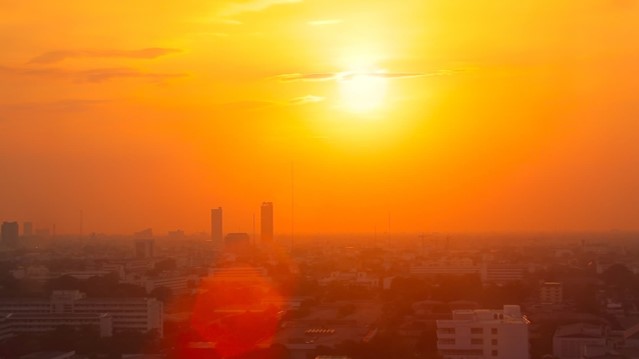 The Northern Hemisphere summer is almost upon us. The season of longest days and strongest sunshine, during which intense heatwaves join droughts and severe thunderstorms leading to flooding, on the list of high-impact threats to health and contribute to some of the largest insurance losses and business interruption annually.

With that comes an increased risk of high temperatures (drier soils heat up more readily) and dust storms. There is a strong need for summer to be of the cool and wet persuasion in these regions. Will it play nice, or nasty?

To provide some guidance, we have queried our Advanced Statistical model. By identifying the most relevant historical years based on the behaviour of large-scale phenomena, this model can provide skilful weather condition & risk guidance, from a daily to multi-year basis.

Most south-western and central-southern states of the USA are currently in the grip of severe to exceptional drought. For interests there, I’m afraid our Advanced Statistical model’s prediction for June will not make for pretty reading.

Hot days are predicted to be unusually frequent or intense across most of North America, especially the central-south. That means above normal loss of water to evaporation.

There is potential for an exceptionally hot month in Alaska and western Canada, and the probability map suggests that this would be a result of extreme heatwaves, akin to what was observed last summer (but hopefully not as intense!), rather than long periods of unusually hot conditions.

An unusually cool month is predicted for western parts of the Canadian Arctic Archipelago, but with some variation around that. Unusually warm weather could feature for a time.

The predicted rainfall pattern bears unpleasant similarity to the drought pattern, with rainfall shortfalls in the areas that need the opposite, and excesses where there is currently little or no drought.

This could be a very challenging month for south-western and central-southern states.

Most of Alaska and Canada, way from the northeast, is suggested to experience unusually wet conditions. This signal has much to do with the long-term climate trend in the country.

July in North America: Hot Tendency in West, Raised Chance of Much Needed Rain in Southwest

Unfortunately, unusually frequent, or intense hot days are again predicted for much of the continent. This time, there is a focus in Alaska and far-western Canada, where an exceptionally hot month is suggested.

The rainfall signals for this month are very mixed but do provide a little hope for the parched southwest. The analogous years are split between very dry and unusually wet months. The latter have a slight majority, but the dry months are so extreme that they skew the overall mean downward.

So, there’s an above normal chance of some much needed rainfall, however it could almost as easily be another month of large rainfall deficit. It should also be borne in mind that the upper tercile of rainfall in this region is still not much at this time of year. As sources of hope go, it’s not great but it’s better than nothing.

Elsewhere, the situation is inverted: Drier than usual months predominate, but some extremely wet months skew the overall mean upward. The central-south does have an appreciable chance of abundant rainfall, but the probability is a little lower than usual, so it’s not something to put a stake on.

The final month of summer 2022 is predicted to feature unusually many or intense hot days across all but the eastern US and western Alaska.

In the eastern US, an early easing of summer heat is suggested, a relief for some but disappointment for others.

Like for July, the rainfall prediction offers some hope for the southwest, but with the same caveats too.

Elsewhere in the US, a dry signal predominates, especially in the central-south, which could be very bad news for the drought-stricken region, depending on whether there is some good fortune in July. Even if it has been a wet month, a switch back to dry so soon would be unwelcome from the perspective of building up water reserves.

Thank you for reading MetSwift’s outlook for Summer 2022 in North America. Please bear in mind that this is intended as guidance on the most likely outcomes. The most probable event isn’t always what happens.