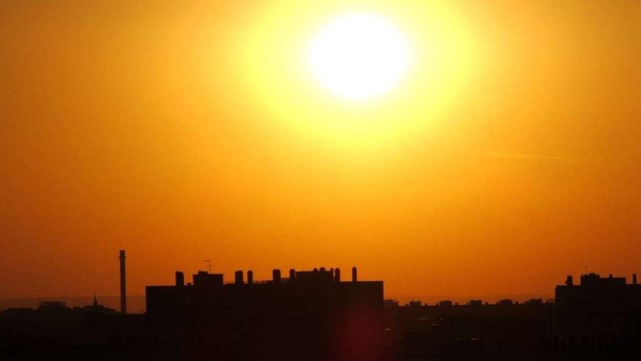 The Northern Hemisphere summer is almost upon us. The season of longest days and strongest sunshine, during which intense heatwaves join droughts and severe thunderstorms leading to flooding, on the list of high-impact threats to health and contribute to some of the largest insurance losses and business interruption annually.

With that comes an increased risk of high temperatures (drier soils heat up more readily) and dust storms. There is a strong need for summer to be of the cool and wet persuasion in these regions. Will it play nice, or nasty?

To provide some guidance, we have queried our Advanced Statistical model. By identifying the most relevant historical years based on the behaviour of large-scale phenomena, this model can provide skilful weather condition & risk guidance, from a daily to multi-year basis.

The model’s predictions for June have some very interesting features.

Starting with temperatures, we can see below that a cooler than usual month is favoured in Southeast Europe (top-right image). This is not evident in the overall mean anomaly, but that’s likely due to a small number of historical cases featuring well above normal temperatures (they skew the mean upward).

Elsewhere, that overall mean anomaly is predominantly positive and in many places by 1.5 to 2.0°C. However, the probability analysis is largely neutral. This suggests an increased frequency or intensity of hot days (compared to usual) but with nearly as many average or cool days occurring. Given the above normal hot weather risk, I would advise outside of Southeast Europe to be well prepared for prolonged or intense heatwaves Water shortages could also become more of an issue again in the northwest, despite having seen some wetter weather in May.

For rainfall, the overall means and probabilities are more closely aligned. An unusually dry month is suggested for the southwest and central-east of Europe, and an anomalously wet one for central parts along with much of Scandinavia. In the UK, the number of wet days is predicted to be near normal, but with an increased likelihood of large rainfall events (which in summer usually involve thunderstorms).

Unfortunately, most of the areas currently experiencing drought are predicted to see at best near-average rainfall, which is not a lot at this time of year.

The standout prediction for July is an above normal frequency or intensity of hot days across most of the continent away from Scandinavia. In the northwest, this is suggested to result in an unusually hot month.

Elsewhere, the hot weather is predicted to be balanced out by near normal or unusually cool days. Some very cool days are suggested for some south-eastern parts, resulting in a below average month overall there.

Rainfall is projected to be mainly below normal in the north and southeast, and near to above normal elsewhere. A raised frequency of very wet (likely with thunderstorm) days is suggested for southern Spain.

In southern UK, May’s rainfall is looking likely to be at best near-average, making for a very dry spring overall. So, depending on how wet June is, an unusually hot and dry July could put UK water reserves under strain. Our Head Meteorologist will keep an eye on the situation during the coming weeks (follow him on Twitter for updates).

For August 2022, there are some distinct patterns to the predictions. Once again, we see an above normal frequency or intensity of hot days for much of Europe, but this time sparing the northern third of the continent.

The southeast is suggested to be particularly hot, with an increased risk of severe heatwave conditions.

Across much of the northern third, unusually cool days are predicted to occur more often than usual. This mostly has ties to the rainfall signal, discussed next.

The rainfall anomaly pattern follows a wet-to-dry gradient from the west-northwest to east-southeast.

A raised risk of a very wet month is indicated for north-western and central Europe. As this marks a change from preceding months, the risk of long-term river or groundwater flooding is not high, however flash flooding could be an issue if torrential rain rates occur.

Meanwhile, an unusually dry month is predicted for the southeast. Considering the predictions of above normal temperatures this month, plus drier than usual weather across the north-eastern half of this region in June and south-western half in July, there is increased potential for drought conditions to develop here.

Thank you for reading MetSwift’s outlook for Summer 2022 in Europe. Please bear in mind that this is intended as guidance on the most likely outcomes. The most probable event isn’t always what happens.