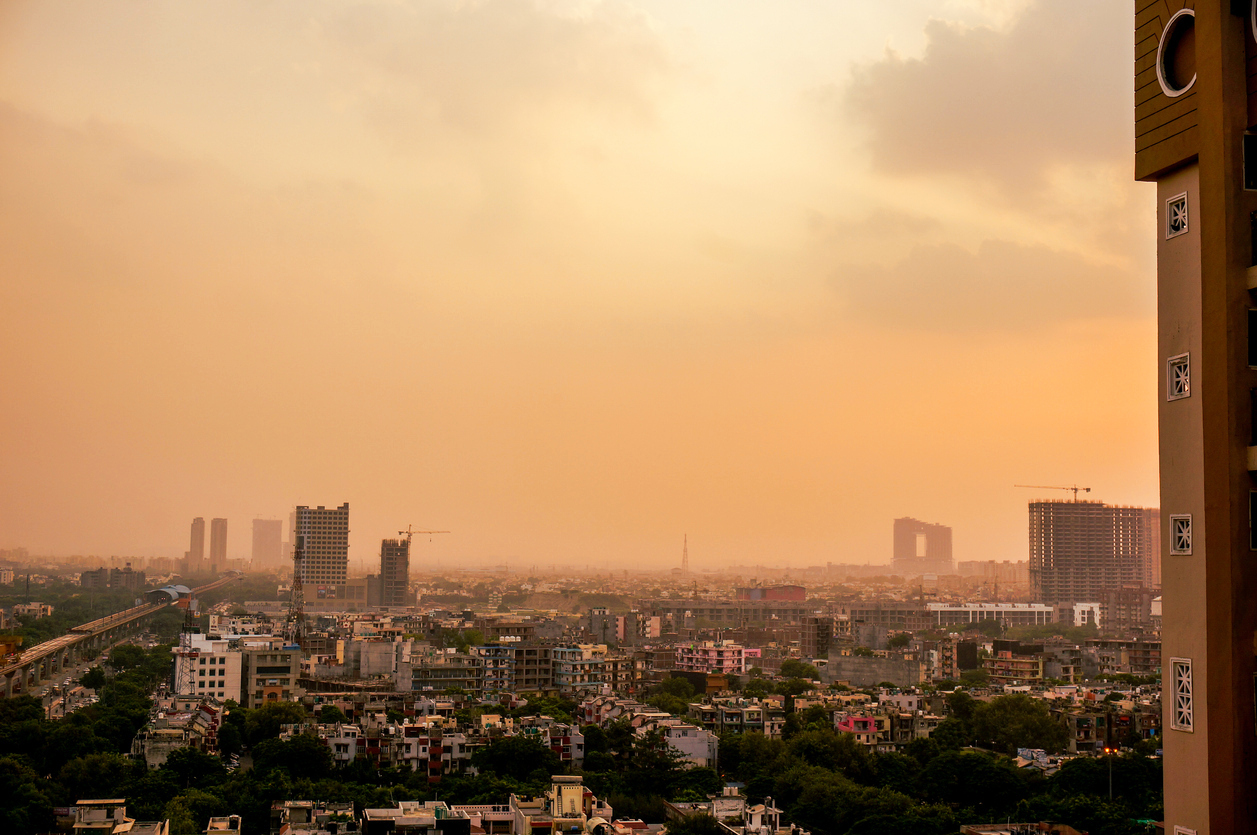 As I write this in late April 2022, many millions of people are sweltering through one of India’s most prolonged heatwaves on record. Following the hottest March in 122 years, temperatures have climbed yet further, widely exceeding the national lowland heatwave threshold of 40°C.

This severe heat has led to the rescheduling of some sporting events, including Phase 2 AIFF matches (football). As usual, the Indian Premier League cricket is persevering regardless, utilising far greater adaptability (a lot more rest and drink opportunities). Still, one has to wonder whether there may come a point when even cricket has to be rescheduled for the sake of players’ health.

Activities are also being disrupted by power supply shortages, which have arisen due to the extremely high demand imparted by air conditioning units.

What’s behind this extreme weather event affecting one of the most densely populated regions on Earth? Read on for insight into the cause and trends.

Over the past half century, there’s been a tendency for India’s weather to be drier and hotter when the waters of the central and eastern tropical Pacific are abnormally cool. Yes, you read that right – Pacific! Despite being many thousands of miles away, such conditions in that region (a ‘La Niña’ event) force large-scale weather pattern shifts so far-reaching that they significantly affect India.

A key part of that response is a reduction in what are locally known as ‘western disturbances’. These are weather systems which bring rainy conditions as they move eastward across Pakistan and northern India, sometimes central parts too. They typically bring valuable pre-monsoonal rains during March and April. These not only provide water for drinking and agriculture but serve to keep temperatures lower. Soils are dampened, and even as they dry out, the evaporated moisture rises to cloud height and increases the likelihood of further showers – a positive feedback cycle.

This year, disturbances have been very scarce, leading to hard-baked soils and parched vegetation. With the latter has come a heightened wildfire risk, especially on the lower slopes of the Himalayas.

All of this contributes to prolonged heatwave conditions.

So, La Niña is giving India a hard time this year… but it’s not acting alone.

There’s an underlying warming trend to consider. While the hottest March on record was way back in 1901, the now third hottest was just last year. This ‘clustering of extremes’ is a hallmark of long-term climate warming.

Let’s take a closer look at that trend, starting with the number of days reaching the 40°C lowland threshold for heatwaves in India.

The following graph shows how the typical number of 40°C+ days per year has changed in India between the 1970s and 2010s. Using the city of Nagpur is the central point, the country has been divided into four regions, for additional detail.

By this definition, the number of heatwave days is clearly increasing, with each new decade since the 1970s bringing almost 34 additional 40°C + days when averaged across India.

Not only that, but this is true in all regions, albeit with substantial variation between. While the southern regions have similar trends, the northern ones differ immensely, with only 7-8 more days per decade in the northeast but a staggering 50 more days in the northwest.

This implies that the northwest is far more sensitive to climate change – an example of the regional variability that makes location-specific trend analysis highly valuable to the insurance sector.

Intuitively, a greater number of heatwave days means heatwaves will tend to be longer. Below, we can see just how much so.

Back in the 1970s, heatwave conditions typically lasted for 1-2 days for most areas, and only one day in the southwest. Not much changed in the 1980s, but then a distinct upward trend manifested, which then continued through the 2010s.

Now, heatwaves tend to last twice as long most areas; 3-4 days. The southwest was trending similarly through the 2000s, but the 2010s have been brutal, with a yearly average of 3 additional heatwave days. That’s a five-fold increase compared to the 1970s-1990s, an alarming statistic to say the least.
‍

So, there we have it – a long-term climate trend for increased typical severity and duration of heatwaves in India. Fortunately, such conditions tend to become increasingly scarce during late May through June, as the summer (southwest) monsoon moves northward across the country.

With that, comes a high probability that daytime temperatures will tend to be below normal. Good conditions for recovering after the extreme heat stress of April 2022, provided you can handle the inevitable flooding (which locals usually can; it’s a way of life).