Wimbledon 2022: How Much Will Rain Interrupt? 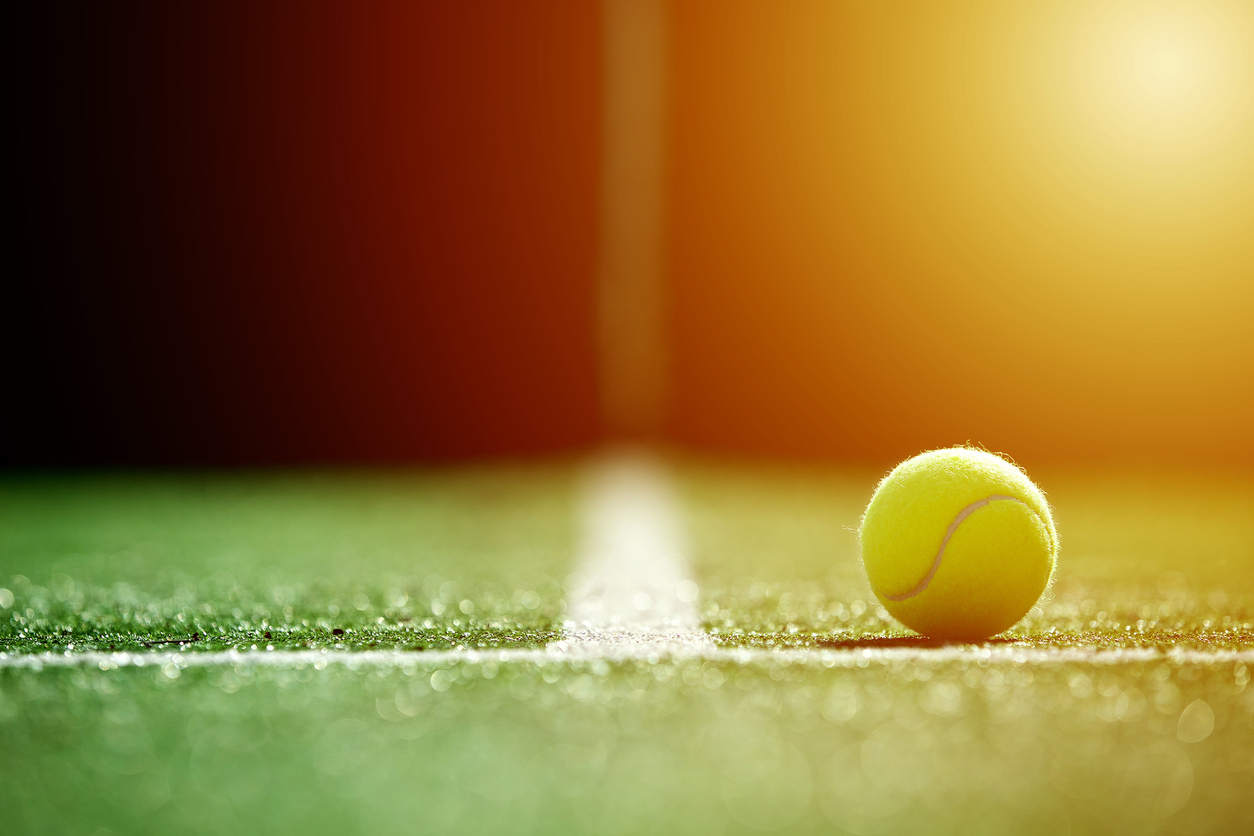 One of the world’s most prestigious tennis tournaments kicks off 27th June 2022: Wimbledon. Rarely is this name red without some reference to tennis… or, for that matter, the weather.

While Centre Court benefits from a retractable roof that keeps interruptions to a minimum, other courts are still at the full mercy of Britain’s rarely reliable weather.

Using hourly* observation data from weather stations at London Weather Centre (spanning 1992-2009) and St James Park (2010-present), we can determine the typical chance of hourly rainfall exceeding certain thresholds. The graph below presents the results for thresholds ranging from any rain at all to 4 mm (heavy).

Those who’ve watched Wimbledon for many years won’t be surprised to see that the main part of the day has about a 1 in 6 to 1 in 7 chance of rain during any given hour. Based on this, the typical chance of it staying completely dry throughout the hours of 11 am to 6 pm is only about 1 in 4 (26.4%).

This can also be interpreted as ‘you can usually expect rain to fall during 1 in every 7 hours’. If we take a typical day’s action to span 11 am (earliest scheduled matches) to 6 pm, that gives us an estimate of 14 hours experiencing at least brief interruption from rainfall. However, this is likely an overestimate (addressed later).

Analysing all the available historical data gives you a good sense of what’s ‘normal’ for a location… but this has its limitations. Weather isn’t always normal!

To better anticipate whether conditions are going to stray from the norm, we can look at what drives the large-scale patterns which dictate day-to-day weather. Such ‘driving forces’ are known as ‘teleconnections’, as they typically operate over vast distances, connecting different parts of the world.

Based on recent teleconnection behaviour, we can identify which past years are likely to be most relevant to the coming weeks, months, even years. Focusing on those, statistical analysis is refined to provide predictive skill. This process underpins MetSwift’s Advanced Statistical model, which we have queried to produce the results presented below.

Ominously, these results reduce the chance of it staying dry throughout 11 am to 6 pm by more than half, to a mere 12.3%. There is suggested to be a 1 in 5 chance of any given hour staying dry. From that, we could estimate 22.5 hours of interruption during Wimbledon 2022… but again, this is likely an overestimate. Reason being, it’s rare that rainfall amounts of 0.1 or 0.2 mm fall steadily across an entire hour, in fact it tends to be much less than that.

What About Longer Interruptions?

One way to address this is to filter out the smallest hourly rainfall totals, which in summer are nearly always associated with very brief showers (lasting 5-15 minutes) rather than persistent drizzle.

This is where the higher thresholds come into play. At 0.5 mm, the Advanced Statistical typical chance per hour is more than halved, to between about 1 in 20 and 1 in 9. On that basis, a total interruption to play of 8.4 hours can be estimated.

Restricting to at least 1 mm, roughly equivalent to an hour of light rain, the probabilities range from about 1 in 333 (11 am to 1 pm) to 1 in 19 (2 pm to 6 pm). This can give us an estimate of 3.4 hours of interruption to play during the tournament.

Clearly, expectations are proving very sensitive to the threshold used, which means we’re still some way off a confidence conclusion. For that, we need to use some intuition.

I believe the best approach is to establish a typical rainfall rate based on a combination of the typical total rainfall and the typical number of non-dry hours.

Expanding on the earlier analysis, it has been found that across all of June and July, it typically rains at Wimbledon 12.8% of the time, equivalent to 187.5 hours. Typically, 89.9 mm of rainfall occurs during those hours (45.6 mm in June and 44.3 mm in July).

That gives us a typical rainfall rate of 0.48 mm per hour. On this basis, we can reasonably approximate that 0.1 mm tends to take 12 minutes to accumulate, 0.5 mm just over an hour, 1.0 mm just over 2 hours, and so on.

On this basis, I can estimate 5-8 hours of interruption to play during Wimbledon 2022. This is an above normal amount of stoppage; the Standard Statistical approach gives an estimate of 3-6 hours.

On which note, I would be prepared for more than a few interruptions this year. Standard UK outdoor event gear strongly recommended (rainwear or brolly)!

At the time of writing, the opening week is looking distinctly showery, but this could yet change for the better (…or worse!). Be sure to follow me on Twitter as I keep track of the rainfall prospects for the tournament.