European Heatwave Trends Since the 1970s 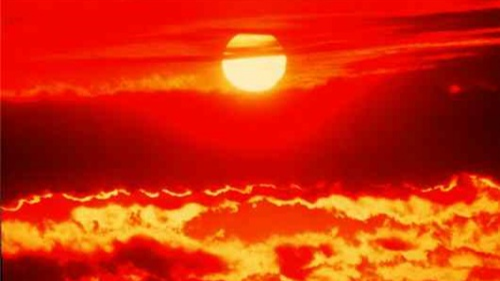 Very hot weather is a strain for both people and infrastructure. Without sufficient cooling systems, high night temperatures can drastically reduce hours of deep sleep among humans. Combined with the discomfort of sweating uncontrollably, this can lead to increased stress and reduced productivity.

That makes very hot weather a costly phenomenon. According to a recent study by the European Commission’s Joint Research Centre and other European research institutions, major European heatwaves in recent years such as 2018, 2015, 2010, and 2003, have reduced annual Gross Domestic Product (GDP) by 0.3-0.5%. In 2018 alone, financial losses were estimated at 3.3 billion Euros by Munich Re.

With this in mind, observed trends are of interest to the construction and contingency sectors. Here, you will find a detailed analysis of heatwave conditions in Europe between the 1970s and 2010s.

For this assessment, an in-house heatwave definition has been devised based on historical temperatures in Europe. A heatwave day satisfies one or more of the following:

These percentiles are derived per-location, to relate them to local heat tolerance. For example, the 99th percentile for Bedford, UK, is 28.1°C,while it’s a sweltering 36.8°Cin Sidi Slimane, Morocco.

There’s no escaping the trend here: Heatwaves are getting much longer. This also means that for any given day, the probability of heatwave conditions has increased substantially since the 1970s.

Even in the Northwest region, subject to the full dampening effect of the North Atlantic Ocean, the typical duration has increased by 1 day compared to the 1970s, and 1.5 compared to the 1980s. The record here is skewed by the hot summers of 1975 and 1976. Especially the latter, which featured some of the most prolonged heatwaves on record.

Here, the intensity of a heatwave is considered in terms of how hot it feels. This depends on multiple factors, of which four key ones have been used to produce an in-house ‘Heatwave Index’ for this study:

The precise definition is open to interpretation, but the resulting values for what’s been used here fit well to known ‘high-end heatwaves’ of the recent past, such as Jul 2015 and Jul-Aug 2003.

Based on this index, the typical peak heatwave intensity didn’t change much for most places during the 1970s to 1990s. Only the Southwest experienced an increase.

Then, the 2000s came along and unleashed an unprecedented frequency of ‘high end heatwaves’, some record-breaking (e.g. Jul-Aug 2003). It seemed as if climate change was playing its hand in dramatic fashion, but then the 2010s proved to be far less aggressive.

We know that overall temperatures have trended upward throughout, so this fluctuation indicates some ‘natural variability’, likely driven largely by interaction between cycles in the oceans, the 11-year solar cycle, and variations in Arctic sea ice.

Despite the big step down, the typical peak heatwave intensity was still higher in the 2010s than pre-2000s in all regions. This suggests an underlying upward trend may exist – but we’ll need to see how the2020s play out before drawing further conclusions.

Now, attention turns to the timing of heatwaves. Specifically, the earliest and latest conditions. To rule out very brief affairs that usually cause relatively little heat stress, the analysis focuses on the occurrence of a 2nd consecutive heatwave day.

We’re again presented with evidence of natural variability overlaid upon a long-term trend. This time, the trend is negative, meaning that the typical date that a 2nd consecutive heatwave day occurs is increasingly early in the year.

Strong regional variability also makes another appearance. The date has changed considerably in most regions, with a fluctuation in the 1980stoward earlier ones, before a rebound in the 1990s. Since then, the southern regions have trended earlier again, while the northwest has been steady.

The Northeast stands out, with only a slight overall trend toward earlier onset (1 day per decade). To me, this is the most surprising discovery in this research, because observations indicate that snow cover has been melting away increasingly early in recent decades. With that chilling layer removed, temperatures can rise far more readily in response to the strengthening sunshine – yet according to the data presented here, we’re not seeing an accelerated earlier trend in heatwaves compared to the other regions.

It could be that the additional moisture supplied to the atmosphere by earlier snowmelt is leading to increased cloudiness, making it harder for temperatures to reach the heatwave threshold. A subject worthy of additional research in future!

It would feel incomplete to look at earliest events without considering latest ones too. So, here we go:

Now this is truly intriguing. All but the Northeast region experienced particularly late 2+ day heatwaves in the 1970s, before a shift much earlier (by about half a month in the western regions!) in the 1980s,followed by a trend later again.

The 1970s have negatively skewed the overall trends for the western regions. Remove it, and the Northwest and Southwest regional trends both become +2.67 days. So, there may be a pronounced trend later for Europe as a whole. On the other hand, removing the 1980s makes the tends even more negative.

Were the 1970s a natural variation, or the 1980s? Alas, we can’t be sure without turning to longer datasets and either making do with much smaller station counts or using reanalysis instead.

What we can say confidently is that the Northeast has been seeing increasingly late heatwaves. This time, added atmospheric moisture might be contributing, not impeding, for it behaves like a ‘Greenhouse gas’, reflecting radiated energy back at the Earth’s surface.

Typically, heatwaves are occurring earlier and lasting longer, with each new decade.

There is probably a slight increase in the yearly peak intensity, too.

The trend in last heatwave occurrence is unclear, except in the Northeast, where it is increasingly late in the year.

Combined, this amounts to increased heat stress and demand for cooling systems (e.g. air conditioning). With that comes reduced net productivity and a greater strain on energy networks. This is one of the many ways that climate change imparts a significant cost upon us all.