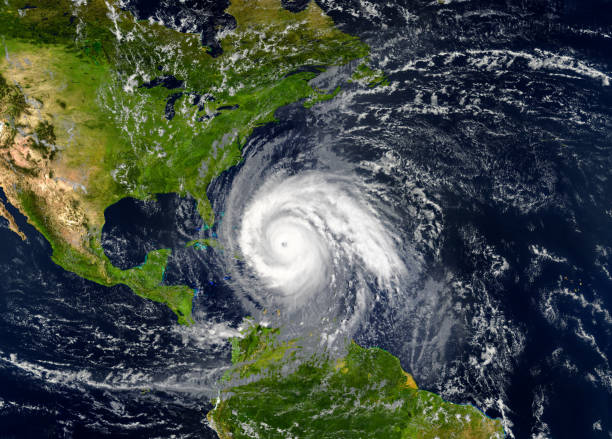 Back in April of this year, MetSwift released their official for how active the 2021 Atlantic Hurricane Season would be. This was done using historical data from years established, through scientific research, to offer the best guidance going forward.

After a record number of named storms in 2020, a big question was whether 2021 would bear any resemblance. Our answer was, essentially, ‘to some extent’: An above average but not ‘hyperactive’ season was predicted.

Notably, this included a busy peak season (Aug-Oct), especially for the number of hurricanes (1.5 above 1981-2020 average). Two peaks were predicted: One in August, another in October.

Below, you can see how this prediction (solid line) stacks up against observations Apr-Aug (dashed line).

So far, the number of tropical storms (12) has far exceeded the prediction (6). The method for these weaker systems has since been improved: Revised March analogues predicted 8 tropical storms for Apr-Aug.

Among the selected years for the analogues were 1990, 1991 & 2005. This combination suggested that major hurricanes could strike the northern and/or western coasts of the Gulf of Mexico this August (see map below). Sadly, the reality has been ‘and’ rather than ‘or.

What’s more, 2005 was the year of notorious Hurricane Katrina, which made landfall in New Orleans on August 29th. That’s the exact same date and location that Ida made landfall this year.

This event in a selected historical year means that a risk assessment considering the MetSwift analogues returns an above normal risk of a major hurricane landfall in August 2021.

This remains the case when narrowing the search window to individual weeks.

Although both made landfall on 29th August, that was in week 34 of 2005 but week 35 of 2021.  So, we must consider both weeks to capture the advanced (analogue-enhanced) statistical prediction.

This variability of weeks around dates is well worth bearing in mind when studying hurricane risk on our platform.

On this occasion, we can see a markedly raised risk of a major hurricane striking New Orleans during week 35. Armed with this key insight, insurers can raise premiums and reduce losses in the event of a natural catastrophe such as Hurricane Ida.

At the time of publication, guidance tools are suggesting a low chance of new strong tropical cyclones developing during the opening third of September. This is significant for what’s typically the most active part of the Atlantic hurricane season.

However, a more conducive large-scale atmospheric setup shows signs of emerging by the second half of the month. While the MetSwift analogues predict fewer named storms compared to August, they predict more hurricanes.

So, those systems that do take shape could tend to be of a higher calibre, on average.

The latest issue of the MetSwift analogues suggest September’s major hurricane paths will focus on the south-western North Atlantic. That poses a high risk of direct hurricane impacts on the East Coast, potentially from major hurricanes as far north as Baltimore.

For the Caribbean and Gulf of Mexico, the implied risk is below normal. Unfortunately, among the tropical cyclones in the selected years is Hurricane Ivan of 2004, which followed a similar path to Hurricane Ida once it reached the north-western Caribbean. That means the risk for New Orleans specifically is close to average, which is not good news in September.

For October, I’m afraid the analogues prediction is again unsightly for New Orleans and neighbouring states.

Among the selected years we find Michael of 2018, one of only a handful of category 5 hurricane landfalls on the USA. There’s also Zeta of last year, which struck near New Orleans as a major hurricane, and Opal of 1995, which made landfall close to where Michael did.

This focus of storm paths in the northern Gulf of Mexico and north-western Caribbean is not unusual for October. So, the implied risk is near normal. Trouble is, that means there will likely be one or two landfalling hurricanes.